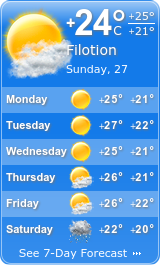 A third of the world’s population speaks English as a first or secondary language, over 2 billion people.2﻿